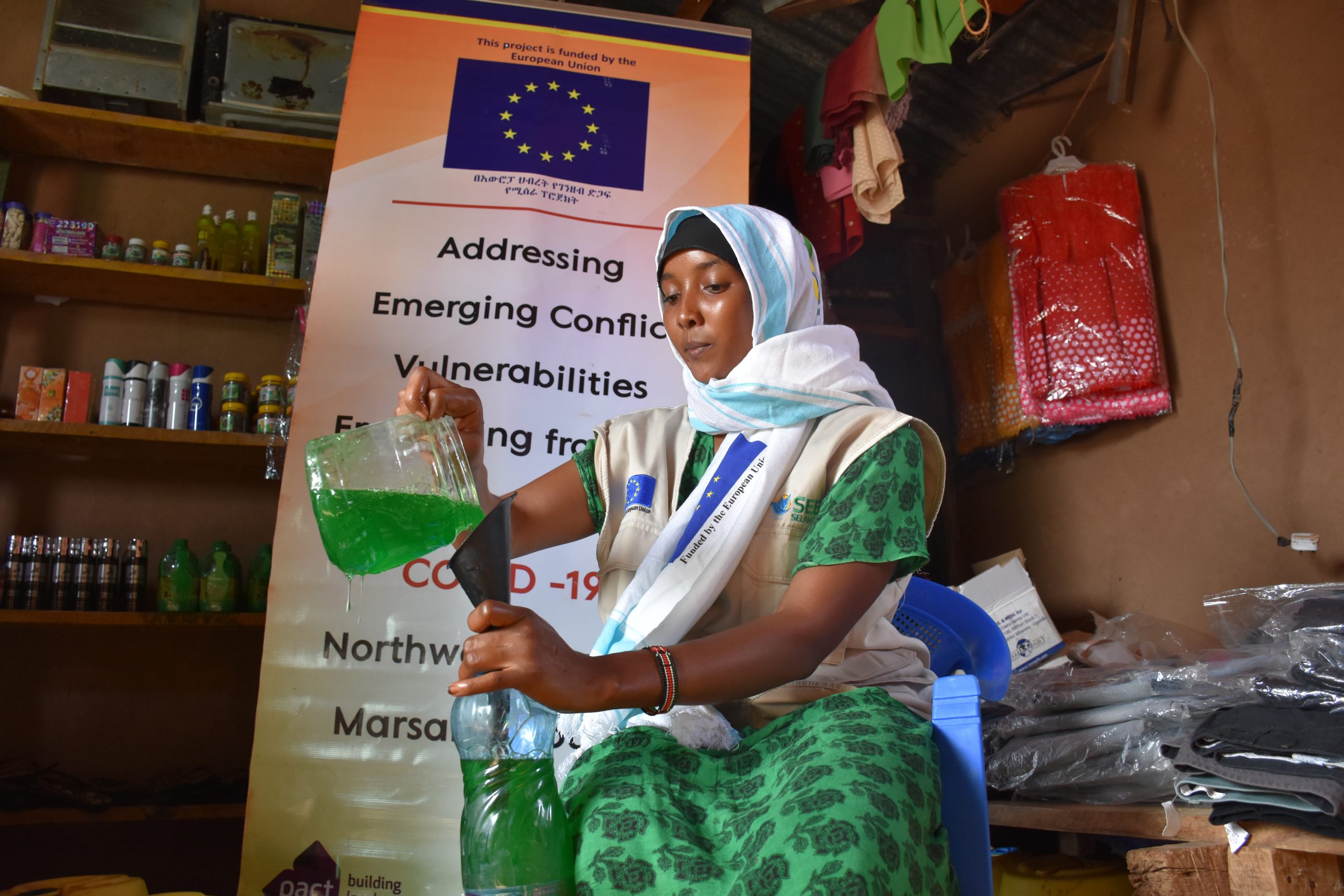 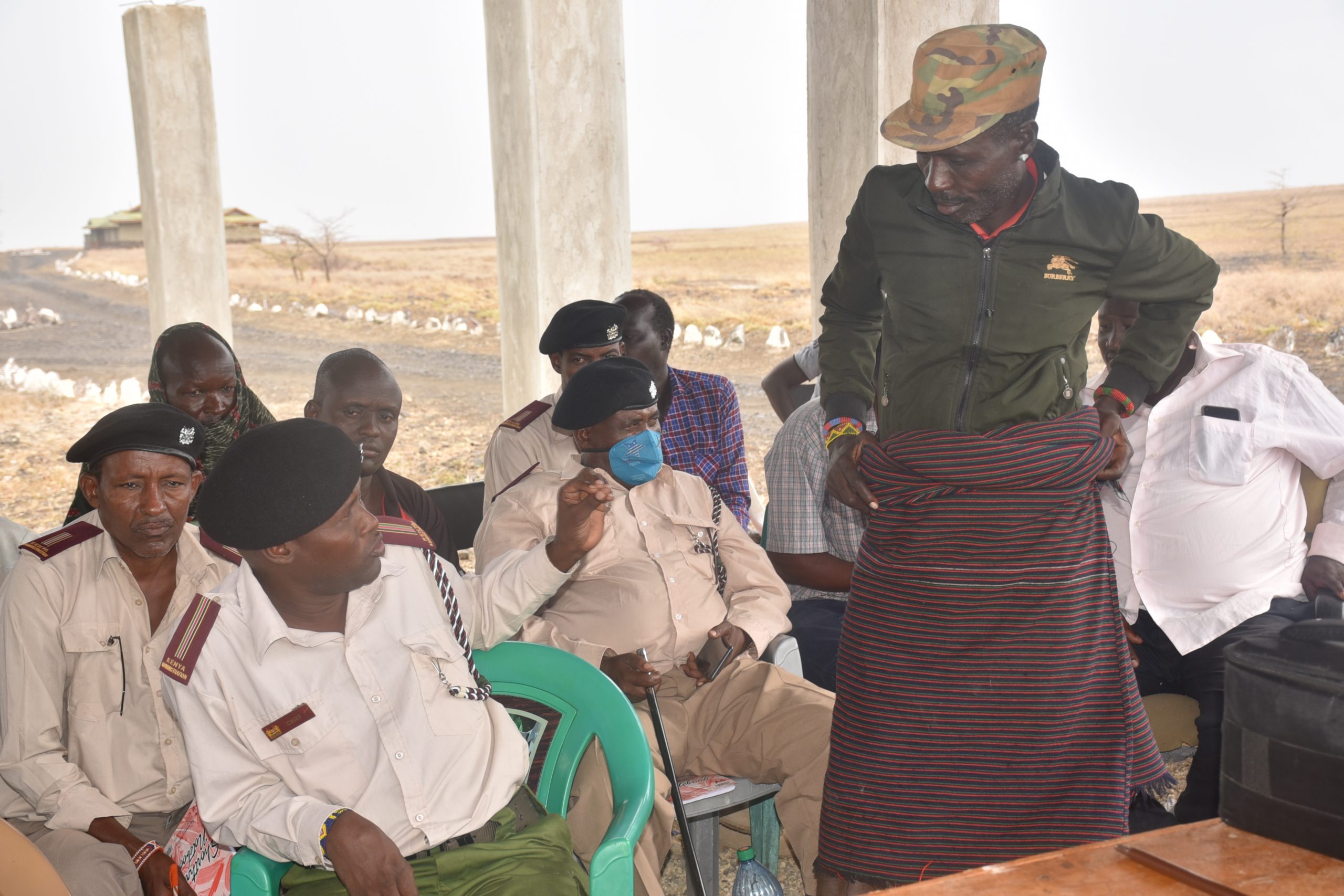 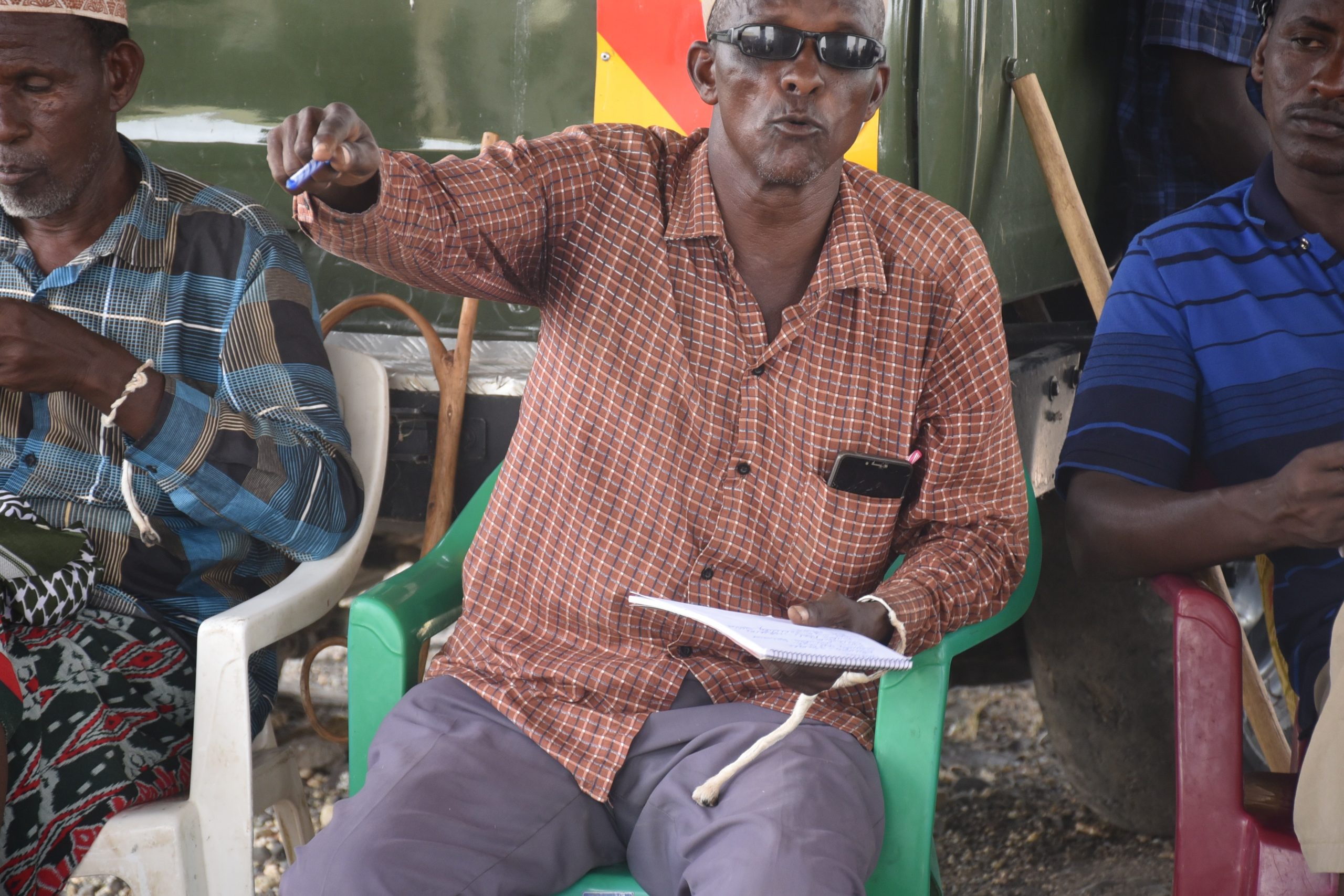 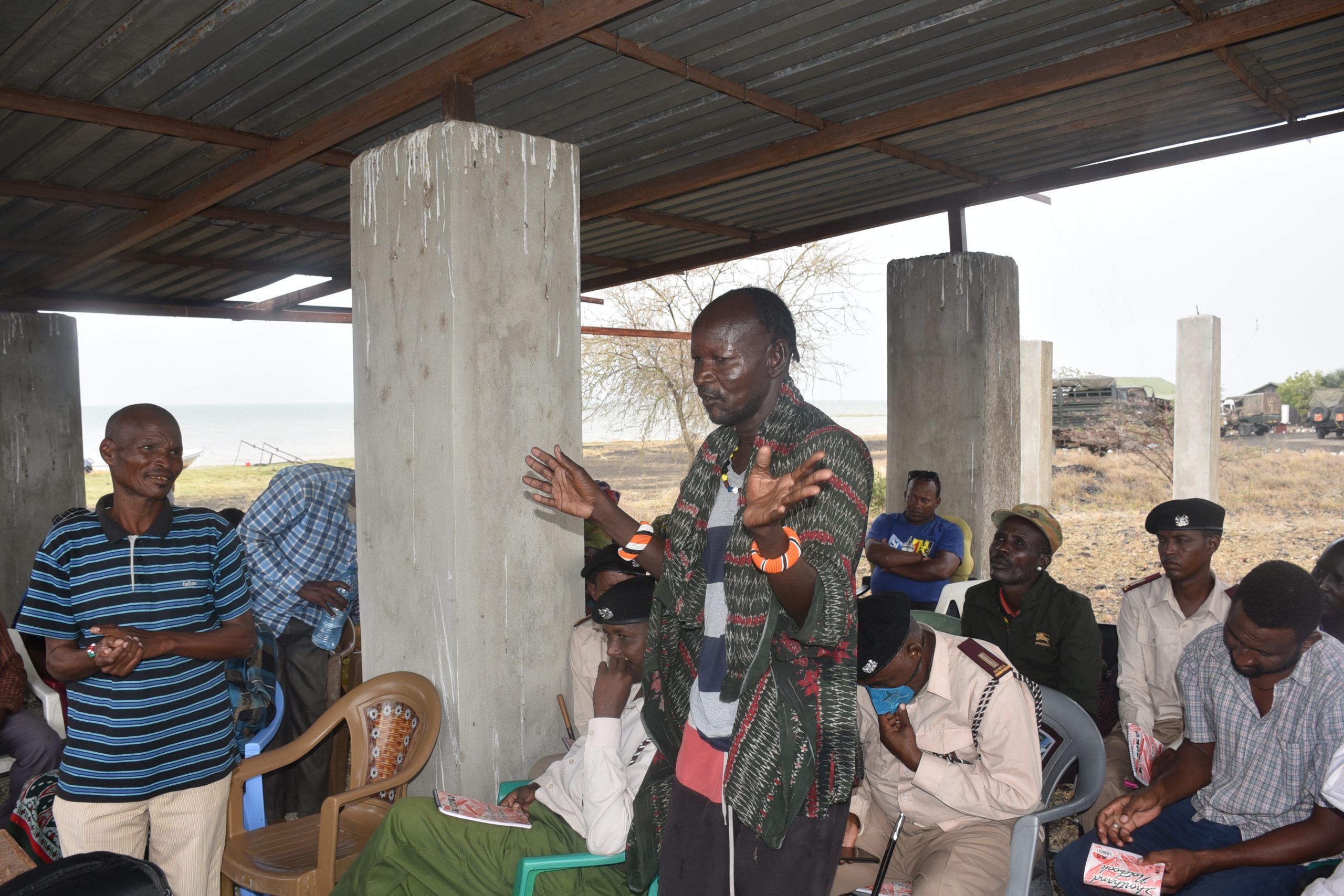 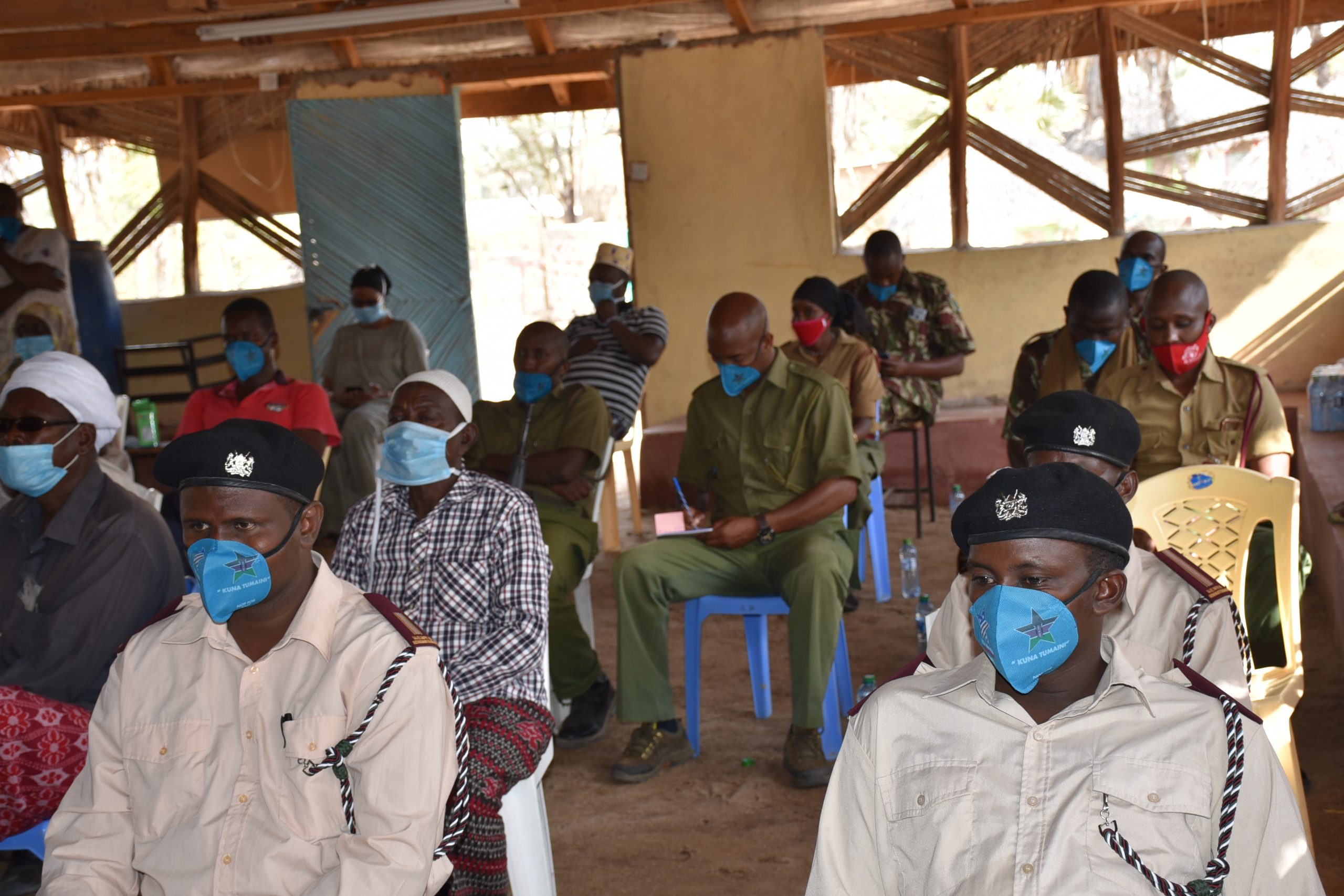 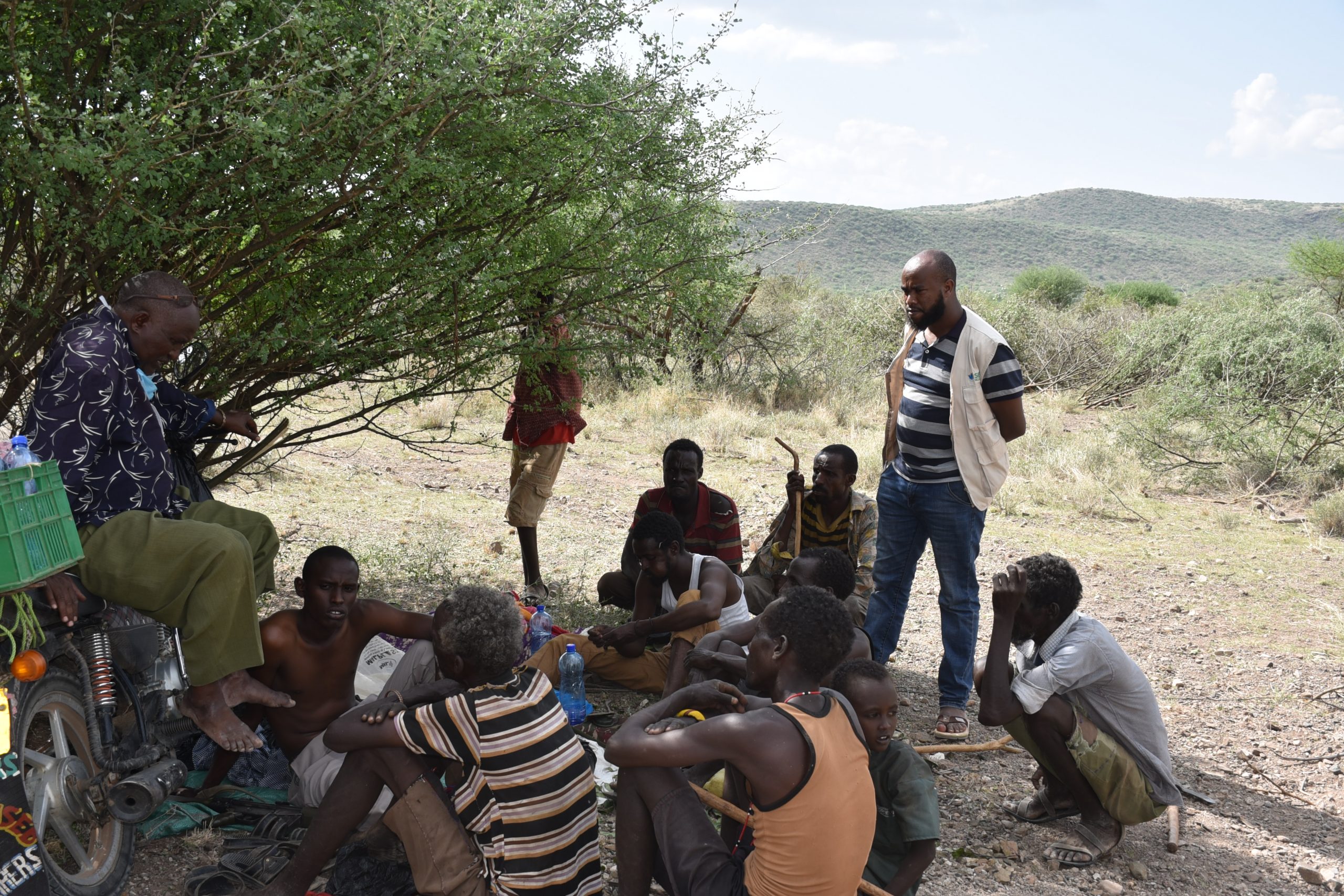 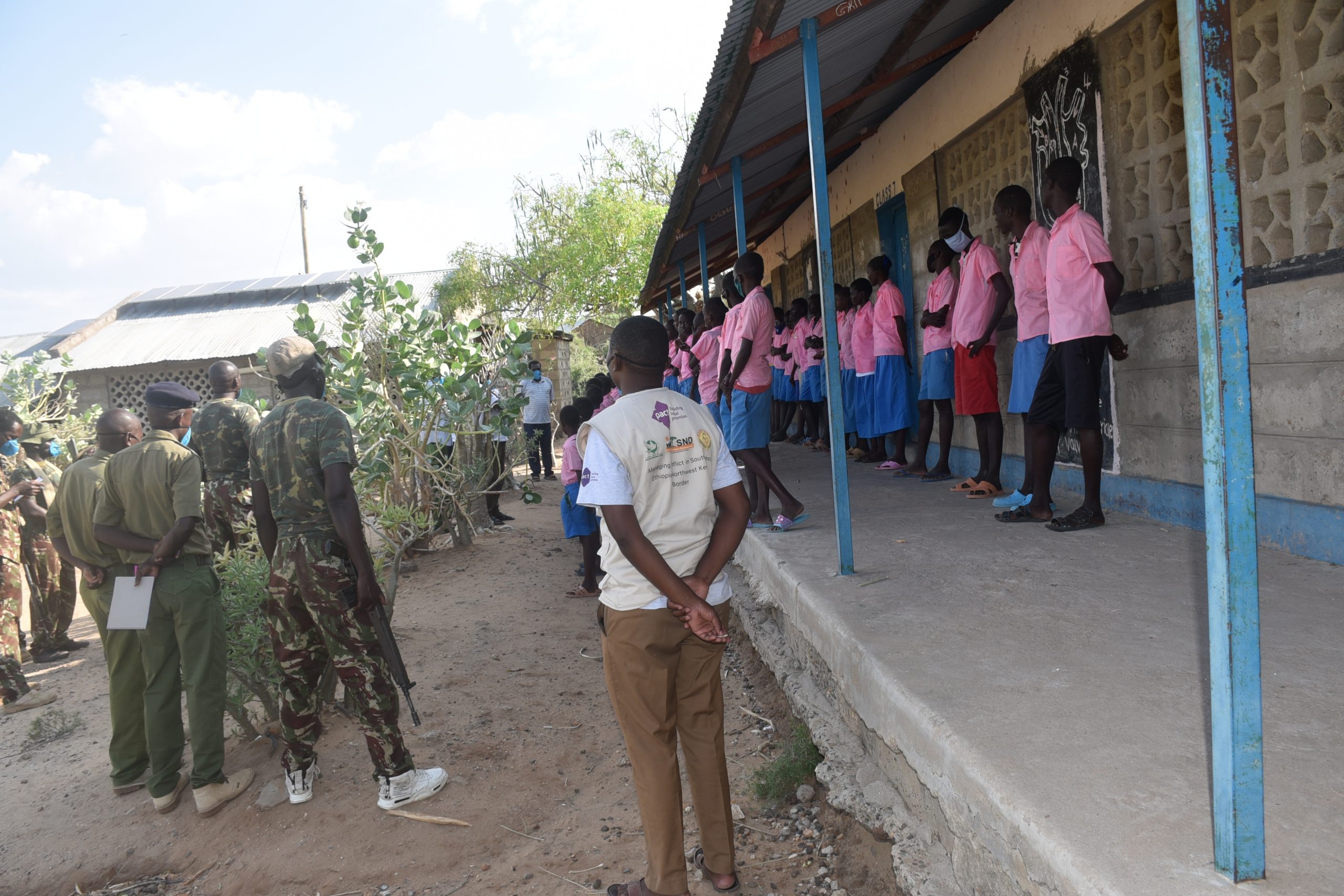 Stronger local and cross-border peace and security structures were formed

1.Ownership of the project
Frequent peace meetings have been organized by our boundary partners through their own initiative. This shows they have embraced the initiative and are willing to own the project. The programme collaborated with Government, Peace Committees and Kraal elders for example in the return of astray donkeys from the Gabras that astrayed to the Daasenach community in December 2020.
2. Inter-authority Collaboration
There has been enhanced collaboration between inter-authority cross border peace teams that has improved conflict mitigation and response and recovery of lost livestock.. A meeting for example that brought together security heads and local administrations and Kraal elders from Kenya and Ethiopia to enhance sharing of ideas, planning of joint activities, improving free communication, and strengthening relationships. Was conducted on 19th February 2021 in Sibiloi National park and attended by 65 participants from the daasenach Gabra and the Hamar of Ethiopia.
3.Enhanced Kraal Elders Role
The Kraal Elders have exhibited Greater abilities to address threats to peace in their clusters and to be involved in peace processes a, including traditional and hybrid mechanisms for management of contested natural resources as well as stronger collaborations across the border were created where for example during the drought when the Hamar crossed over to kenya, the Gabra allowed them to use their wells to water their animals.
4.Synergy between the Administrators and the Community
Synergy between local administrators and the local community peace actors has contributed in conflict management as well as stronger, more trusting relations between the community and the police is evident in the both sub-systems.

Levels of social capital and cohesion in target communities improved.

1.Enhanced women Participation.
Women’s participation in conflict resolution and peacebuilding has been limited by cultural and economic factors in the past. However, Enhanced understanding of how to respond to and help actors address, manage, and mitigate risks have been exhibited by most of our women boundary partners. Chuluke Duba from North Horr and Jennifer Lomanyang from Illeret are among our women boundary partners as well as peace champions and are now in a position to organize meetings to address emerging peace issues on their own volition and not only with their fellow women but with all the genders as the situation may call for.
2.Youth Stronger positive role.
Youth have shown Knowledge and skills to resolve and manage conflicts and play a stronger positive role in their communities unlike before where they had limited options for livelihood opportunities other than to participate in armed conflicts or crime either voluntarily or through coercion and through ODP a number of them have been linked to livelihood opportunities and have now initiated joint business ventures among themselves. E.g. Adho Galgalo one of our youth boundary partners was involved in the production of liquid soaps during the covid 19 and procured by SND .
3. Enhanced representation of all stakeholders
Enhanced representation of all stakeholders in peacebuilding activities as well as meetings where key decisions about the community is made unlike before where the women the youth were less represented.
4. Improved Communication
Stronger understanding of cross border relations has greatly improved unlike before where Communities migrating cross-border overlooked the tradition of informing the other side, leading to misunderstandings, clashes, and resentments that trigger ‘tit for tat’ killings .

1.Flourished Trade
Relative peace has been experienced between the Gabra and the Hamar in the area since the inception of the project and with the construction of the Sabarei-Qrobo Road that connects the two communities through the Peace Dividend, it has led to Flourished trade between hamar and gabra along sub system s4.
2.Improved Resilience
The effects of COVID-19 are not only a health issue, but also economic. Realizing the economic impact of COVID-19 on communities’ resilience, cooperatives and associations that were established through ODP project were engaged to manufacture masks and soaps for distribution to communities to improve their resilience to COVID-19 shocks and sustain their businesses during the pandemic.
3 Enhanced collaboration between peace and security actors
Both national and County government have shown willingness to work with project them being among identified 6 boundary partners. During the construction of the sabarei road the Chief was critical in the whole process of organizing the teams and through the implementation to completion. The ACC assistant county commissioner based in Dukana has been in the forefront in matters of peace and also facilitating most of our activities.
4. Application of conflict sensitive approaches
Enhanced understanding and application of conflict sensitive approaches to investment have been witnessed where for example the gabra organized themselves through their Natural resource management committees set a large scale of land for pasture to be used during as drought fall back area

Sign up today to receive our latest news and updates...